When seeds bloom and bear fruit

When seeds bloom and bear fruit

Rebecca Lim
Leader of the Pack

Passionate and purposeful, Rebecca has an eye for opportunities and a love for people. A stint in India changed the Singaporean’s life and led her into the non-profit space. If you want her on your side, Stroopwafel is the secret.

I believe many stories we tell touch lives in ways we’ll never know.

I believe many stories we tell touch lives in ways we’ll never know.

Like a dandelion, as we “blow” on it, a story’s seeds spread far and wide, and we hope they take root wherever they land.

But every now and again, we get the pleasure of seeing first-hand when a seed blooms and bears fruit.

Recently, I got to experience this for a story we told more than a year ago. 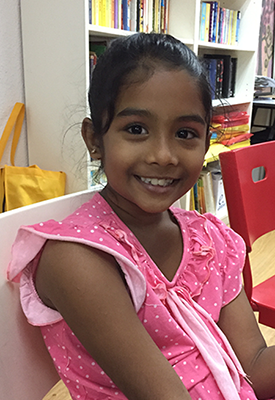 A chance meeting with my colleague, Josh, led to us telling her story.

She was deeply encouraged by how audiences who watched the video story signed up to be reading volunteers on Skype.

As the story got shared and viewed across borders, it brought in volunteers beyond her existing network in Malaysia, from neighbouring Singapore and nearby Philippines, but also as far away as the UK and Saudi Arabia.

The different accents of the volunteers and exposure to digital learning complemented the English lessons that the children receive at the centre.

The usefulness of this exposure was clearly evident to me when I visited Yans and met some of the children from the centre.

Krisha greeted me cheerfully in English.

Just eight years old, she confidently shared about a Christmas performance she and the other children had held the week before. She even performed a segment for me.

I would never have guessed that just a year before, she could not read in English.

During the year, Jaya, a volunteer from Singapore read with her on Skype every Saturday morning.

Jaya has two daughters around Krisha’s age and they sometimes joined in the Skype calls. While I was at the centre in KL, Jaya and her daughters got on a Skype call with Krisha. What a privilege to witness the excitement and joy in their exchanges. 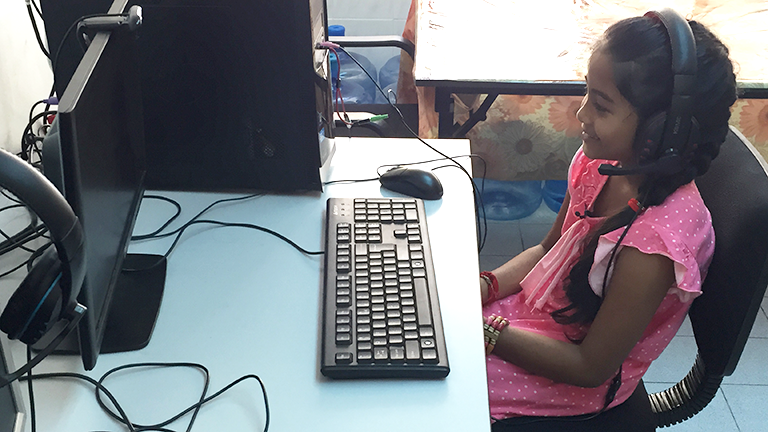 More awaited us when we visited Krisha’s home and met her mum, Vimala.

Vimala was beaming with pride as she shared how encouraged she was by the progress Krisha had made. Just two years back, Krisha did not speak a word of English, she said.

In fact, Vimala, who spoke eloquently in English, said it was Krisha who taught her the language.

How amazing is that? Educate a young girl and she goes on to teach her mother! 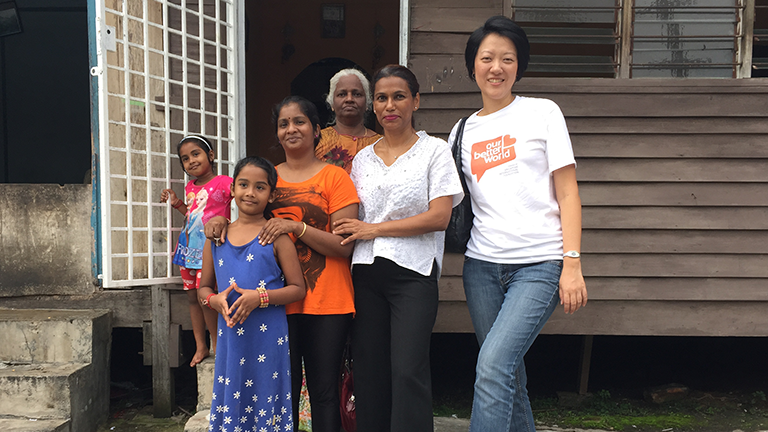 I had to share this with Jaya when I got back to Singapore, and like me, she was thrilled and deeply encouraged.

Jaya had always wanted to do good in her life, but did not know where to start or how she could best contribute her skills. Like most of us, she was busy with life.

Now, besides doing her regular Skype reading sessions with Krisha, she also applies her HR skills to help recruit for a local charity that does consultancy projects for non-profits.

More people coming alongside so that more good can be done!

It is this ripple effect, multiplied across our stories, that keeps me and my team doing what we do: unearthing and telling stories of good to inspire more people to join in to shape a better world.

Krisha and her friends at Right to Learn would love to read with more volunteers. If you’d like to Skype with them or volunteer in person, send Yans an email or visit their facebook page. And you can watch the Right to Learn video here.

Rebecca Lim
Leader of the Pack
Passionate and purposeful, Rebecca has an eye for opportunities and a love for people. A stint in India changed the Singaporean’s life and led her into the non-profit space. If you want her on your side, Stroopwafel is the secret.

Coping With COVID-19 When You Have A Mental Health Condition

When the magic of stories meets the wonder of wildlife

Why We Should Care for Wildlife

When Illness is a Stepping Stone Towards Positive Experiences